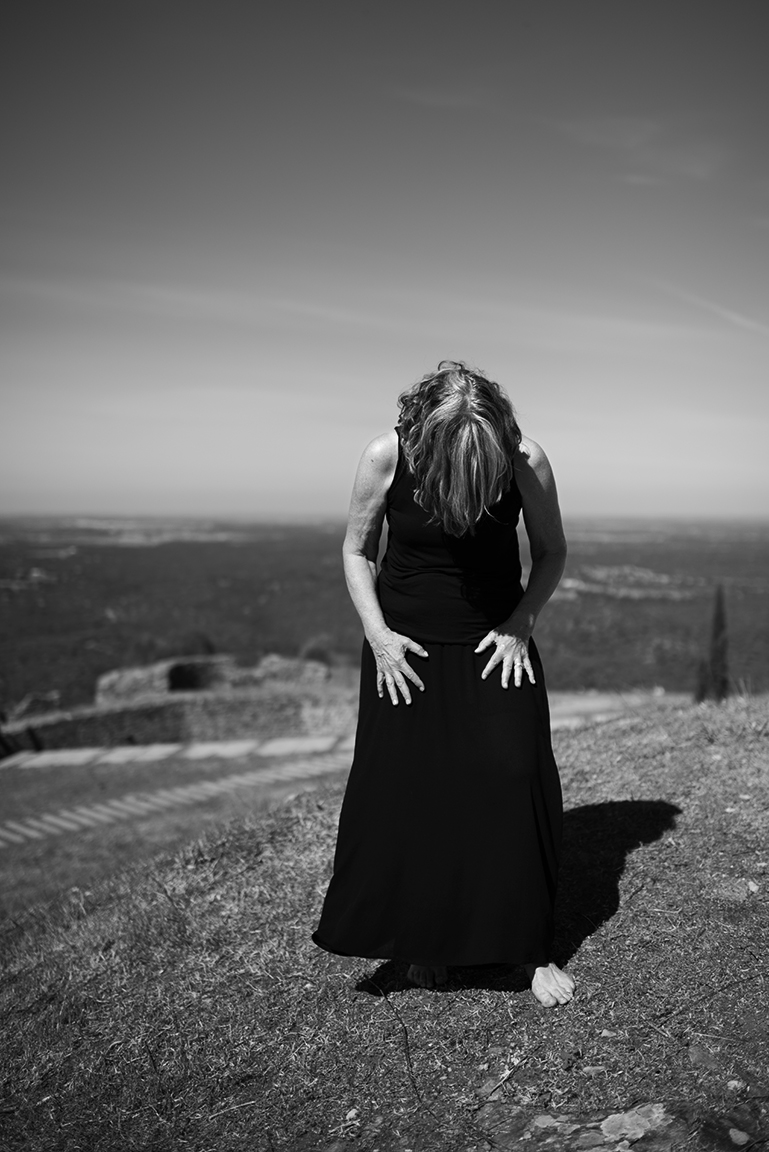 Sherry Wiggins came to Portugal and to the Obras Art Residency -inspired by the remarkable work of Portuguese conceptual artist Helena Almeida. Almeida has used her body and simple spaces to make photographs often elaborated with blue or red paint since the late 1960’s. Wiggins own artwork combines the mediums of drawing, installation, performance, photography and sculpture – methods that she has used for the last three decades.

Wiggins uses her own body, with red, black and white fabric, in photographs that unite elements of drawing, installation and the performance of small, nuanced, intricate actions in the studio and in the Portuguese landscape and environment of the Alentejo. These works are collaborations with photographer Luis Filipe Branco, who has documented these actions and added his unique sense of the visual world and of the photographic image. Wiggins also worked with Rui Fernandes to capture images from above with a camera on a drone in the series titled Performing the Drawing / Realizar o Desenho. Curator and writer Cydney M. Payton was involved in many stages of these works both in Portugal and in the U.S. Wiggins has experimented with drawing on some of the photographic images with graphite and red and black paint. These works layer the physical experience, psychic process, photographic image, as well as the materials of the artist.

In these multi-layered works, Wiggins has found a profound connection to the archetypal / mythical feminine in the environment near Evoramonte (the Herdade de Marmelaire). Here she meets her Self again, merging with other Selves that are buried deep within her psyche, and indeed, within the souls of all women ─ for example, a queen trapped in a tower observing the environment before her; the goddess of the ravine both powerful and vulnerable; a woman in a black gown performing a strange dance on the white canvas; a mother, emerging, herself reborn, from the red flower; a matriarch whose feet are planted firmly on the ground, at home between the earth and sky. These and others recall classic characters in mythology and fairy tale, reflecting universal concerns in contemporary terms in a mystic, primordial landscape.

Wiggins first visited the Obras Artist Residency in 2015, and then returned in the fall of 2016 to make new works, and to collaborate with Luis Branco again. Wiggins will return again in January to exhibit a selection of these art works made in Portugal. The title of the exhibition is Reencontrando –a / Meeting Her Again.

This exhibition was made possible because of the generous support of the Obras Art Residency.

An exhibition at the: 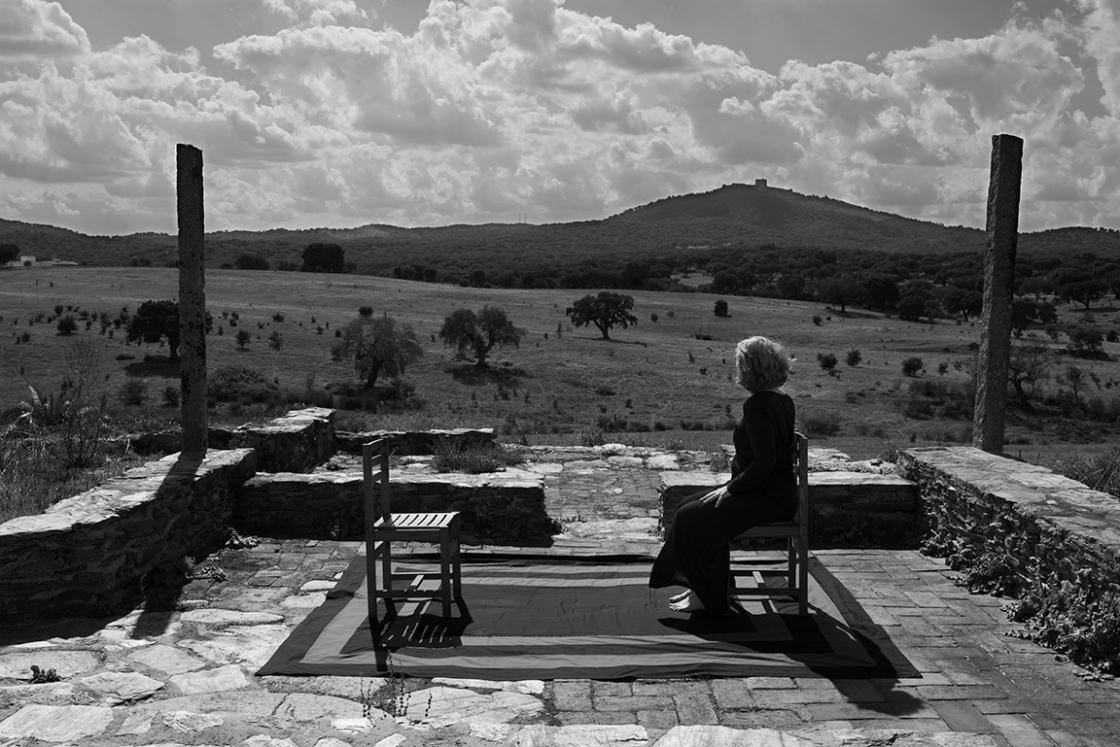