The Portuguese words “que beleza” in the image above by Mira Schendel can be translated in several ways into English. They could mean “what a beauty,” or “what beauty,” or “how beautiful.” I love this ambiguity and multiplicity of meaning. Even though I know very little Portuguese I understand it to be a subtle and beautiful language.

I am starting to fall in love with another remarkable woman artist of the 20th century – the Brazilian artist Mira Schendel (1919 – 1988.) I have been reticent to take on a new artist with my specific form of “embodied research” that I have enacted with Russian/ American avant- garde filmaker Maya Deren, Indian minimalist Nasreen Mohamedi and with Portuguese conceptualist Helena Almeida. My process and research with these three artists has been remarkably productive and has pushed the boundaries of my work in drawing, performance and photography. I have surrendered in some way with each artist, a form of falling in love, and mirrored my own work in theirs and the results have been potent.

I am interested in the philosophical and spiritual underpinnings of her work, her use of language and symbols, the looseness as well as the specific meaning of her paintings and drawings. We share common interests in phenomenology, though she was much more studied in philosophy than I will ever be. We also have shared cosmological /spiritual interests in Eastern philosophy and the I-Ching. I am also interested in her as a transnational artist and refugee artist moving from Europe to South America after WWII. Mira spoke 4 or 5 languages- German, Italian, Portuguese, French and English and used language in her work in a unique way. In São Paulo she was involved with philosophers and concrete poets as well as other artists involved in the South American modernist movement. I would like to go to São Paulo and look for her work and meet curators who have studied her and do a residency – if I can find the right situation. É possível.

Schendel is considered one of the most original and important artists of her time in Brazil but she is little known here in the U.S. Schendel was a prolific artist with works on paper and on acrylic, paintings as well as sculpture and installation. There was a large exhibit of her work at the Tate Modern and at the Pinocoteca do Estado in her native São Paulo in 2014, it was also at the Serralves in Porto. I unfortunately missed this show but I do have the beautiful catalogue and have collected as many catalogues of her work as I can. 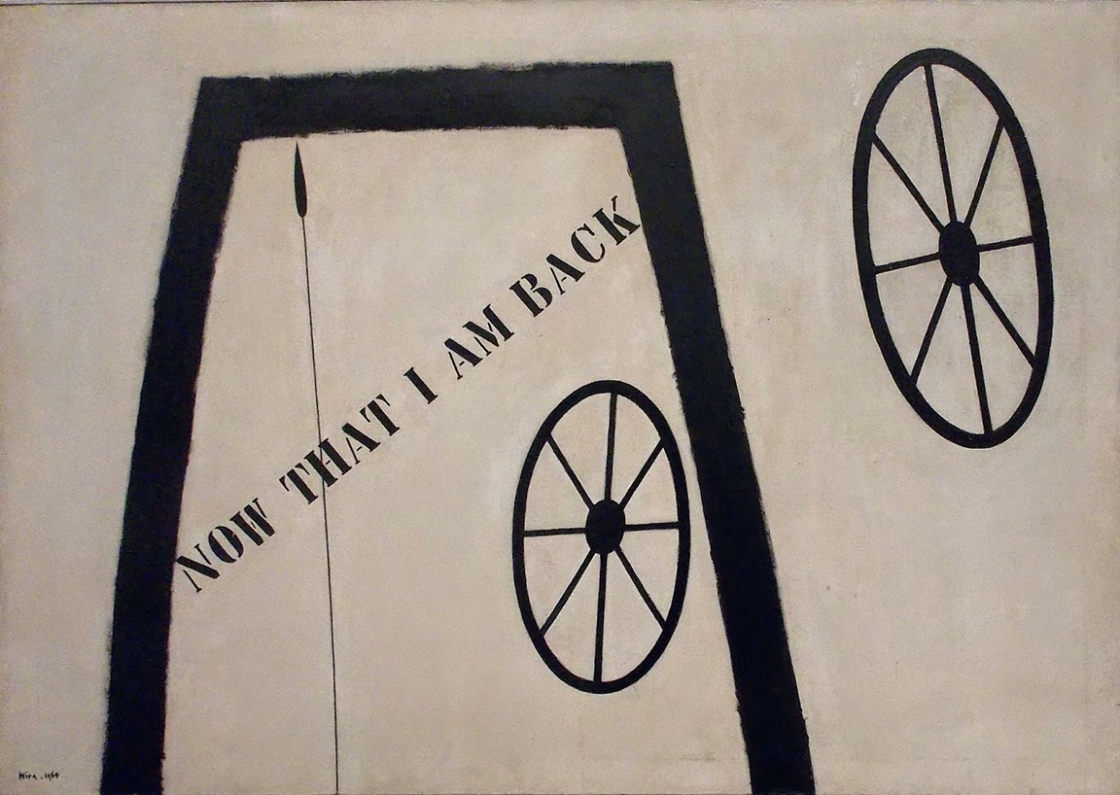 Mira Schendel, The Return of Achilles, 1964, Oil on canvas.

This is a short biography from the exhibition at the Serralves:

“Mira Schendel was born Myrrha Dagmar Dub in Zurich in 1919, to parents of Jewish heritage. She was brought up in Italy as a Catholic, studying philosophy at the Catholic University in Milan. During World War II, because of her Jewish roots, she was forced to leave university and stripped of her Italian nationality. Becoming a refugee, she travelled through Switzerland and Austria to what was then Yugoslavia. In 1949, she emigrated to Brazil, where she began her trajectory as an artist. She recalled: ‘I started painting in Brazil. Life was very hard, I had no money to pay for paint, but I bought cheap paint and painted passionately. It was a matter of life and death.’ In Brazil in these early years, largely self-taught, she adopted new approaches to painting, learning from the example of artists such as Giorgio Morandi, Giorgio de Chirico and Paul Klee. From around 1953, when she moved to São Paulo, Mira Schendel began signing her works simply Mira.” 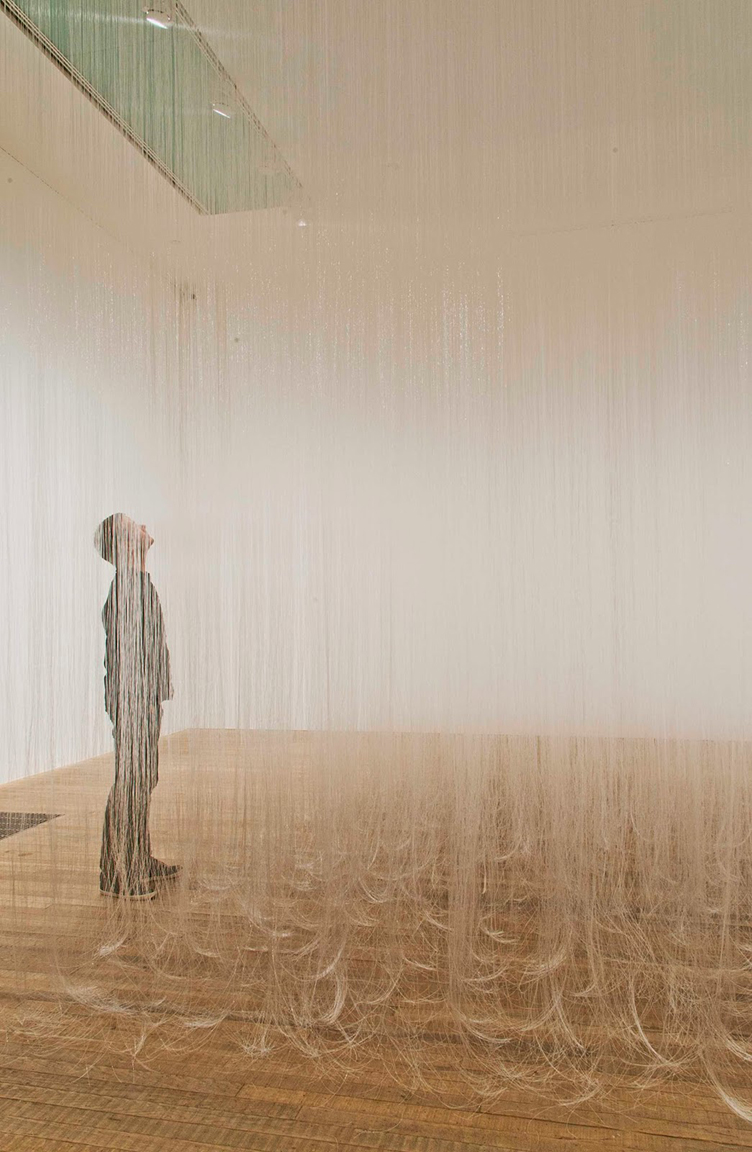 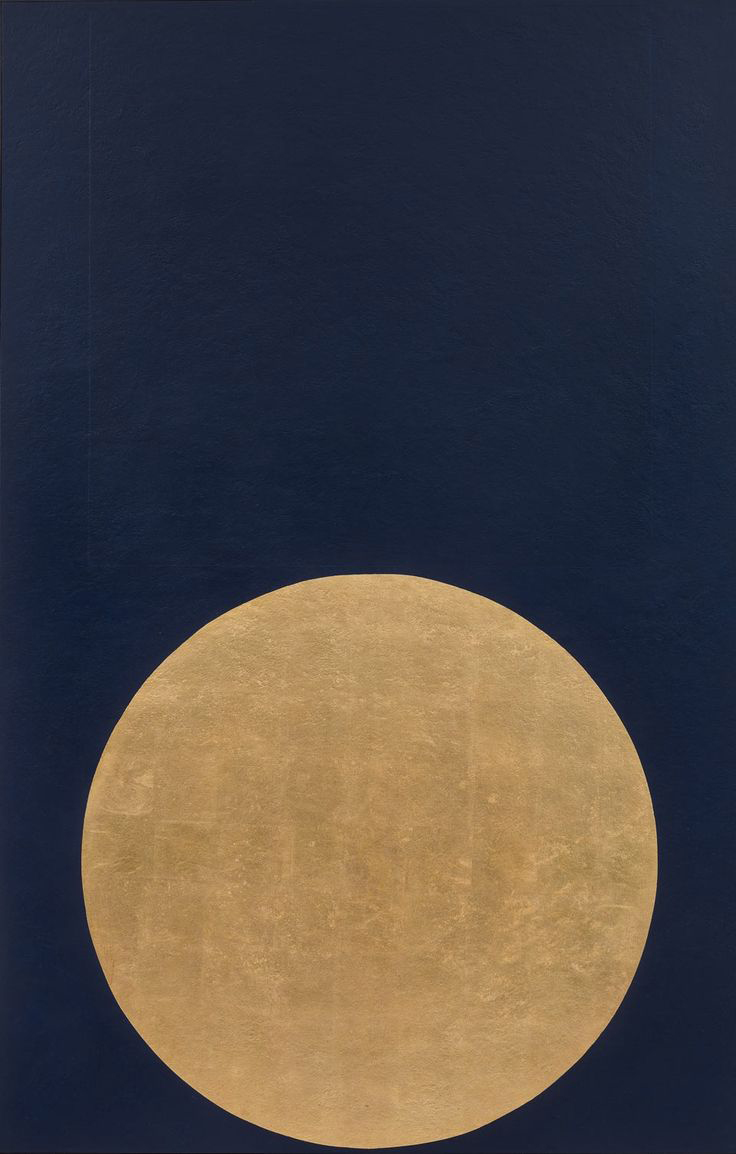 Mira Schendel – I am not sure when she did this one but she did a whole series of Mandala paintings and I particularly like this one.

Mira in front of her painting Todos (which was painted in 1964).